THE SECRETARY OF THE NAVY

FOR SERVICE AS SET FORTH IN THE FOLLOWING

"For heroic conduct during launching operations aboard the U.S.S. WASP on August 17th, 1942. When a scout land plane crashed off the bow of the carrier, WOLVERTON, with cool courage and alert presence of mind, unhesitatingly jumped from the hangar deck into the sea and, with the aid of life preservers tossed down to him, was able to keep the injured pilot and his rear gunner afloat until they could be picked up by a life boat from a destroyer. His gallant conduct in saving two lives at the risk of his own was in keeping with the highest traditions of the United States Naval Service."

Frank Knox
Secretary of the Navy 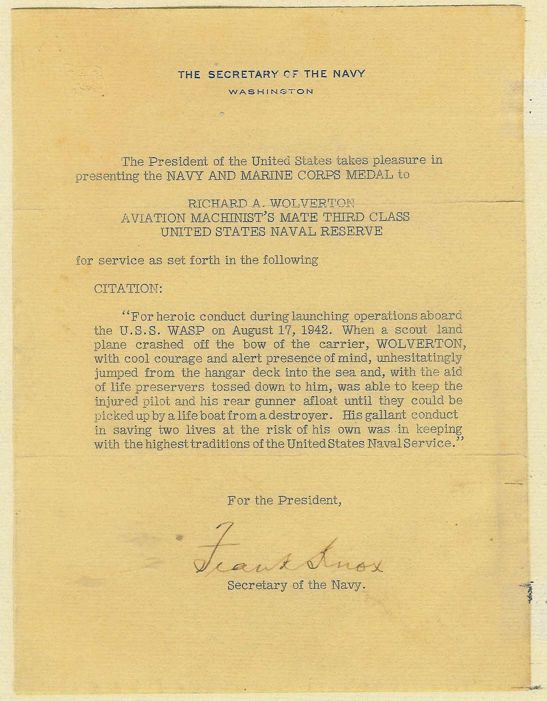 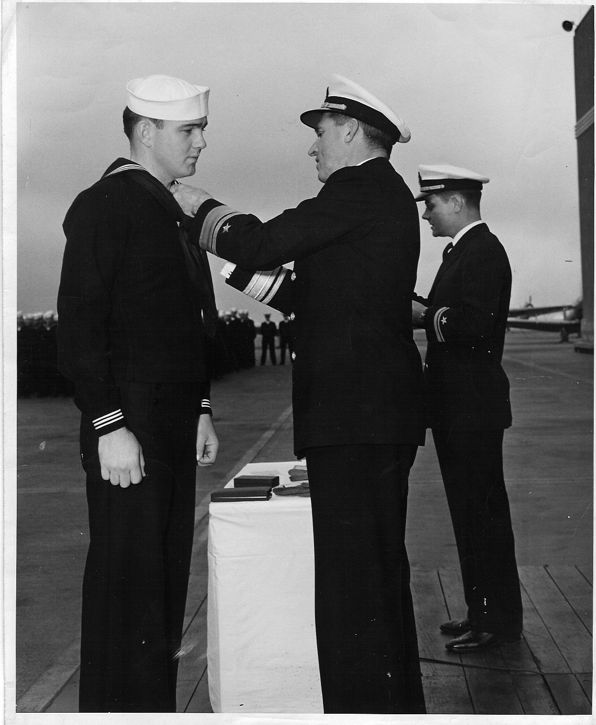