NOB (should be the only bullet on a NOB EVAL/FITREP):

Member has been onboard less than 90 days, report submitted for continuity purposes only.

6-1. Purpose. This chapter provides the information needed to complete NOB reports using FITREPS, CHIEFEVALS and EVALS. An "X" in block 16 identifies an NOB report and comments in blocks 41 or 43 are limited to administrative and training information. Do not grade member traits except as noted in paragraph 6-3.

6-2. Uses of NOB Reports. NOB reports are intended to fulfill reporting requirements during periods of brief service when a detailed assessment cannot be provided. They can be used to document temporary administrative or training duty, verify academic duty under instruction (DUINS), and or supplement reporting periods that will be evaluated in a Regular, Concurrent, or Operational Commander report.

a. NOB Periods. NOB reports may be submitted for short periods of duty or TEMDU (no more than 3 months) that are purely for administrative or training purposes, during which the member's performance is completely independent of their permanent command's influence. NOB reports are suitable for periods over 10 days whereas periods under 10 days may be assessed by a performance information memorandum (PIM) per chapter 12.

b. Exception. Under unique circumstances, a reporting senior can submit a NOB report for any period if the reporting senior does not feel that there has been enough observation to grade with confidence, i.e., member has been onboard for 6 months but member was TEMADD for a majority of the reporting period, etc. Justification and explanation must be provided in the comments field. Observed reports are desired if any fair and meaningful evaluation or recommendation can be made.

6-4. Summary Letters. The application software will produce a summary letter for all NOB reports with the same reporting senior and ending date. Include this letter with all reports. 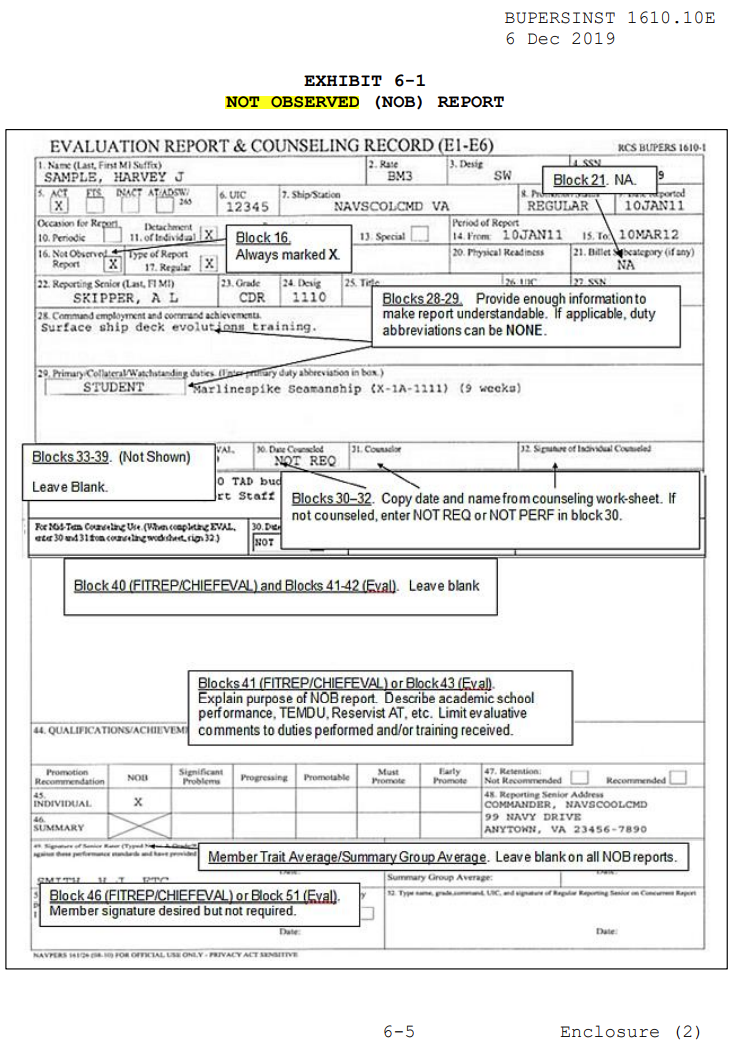