PROFESSIONAL ACHIEVEMENT AS A RECRUITER FOR NAVY RECRUITING DISTRICT XXXXXX FOR XXXXX XXXX. PETTY OFFICER XXXXXXXXX CONSISTENTLY PERFORMED HIS DEMANDING DUTIES IN AN EXEMPLARY AND HIGHLY PROFESSIONAL MANNER. DEMONSTRATING SUPERB SALESMANSHIP AND EXPERT RECRUITING TECHNIQUES, HE GREATLY CONTRIBUTED TO THE TEAM EFFORT IN SETTING A PHENOMENAL RECRUITING PRODUCTION PACE, RESULTING IN THE ATTAINMENT OF TWO NUCLEAR CONTRACTS FOR THE MONTH OF XXXXXXX. THROUGH HIS EXAMPLE, HE HAS INSPIRED HIS PEERS TO STRIVE FOR A HIGHER LEVEL OF EXCELLENCE AND SIGNIFICANTLY CONTRIBUTED TO THE OPERATIONAL READINESS OF THE UNITED STATES NAVY. PETTY OFFICER XXXXXX'S MANAGERIAL ABILITY, PERSONAL INITIATIVE AND STEADFAST DEVOTION TO DUTY REFLECTED CREDIT UPON HIM AND WERE IN KEEPING WITH THE HIGHEST TRADITIONS OF THE UNITED STATES NAVAL SERVICE.

Chief Petty Officer Howard distinguished himself through superior professional performance and unfailing dedication to duty while assigned as the Reserve Officer Recruiter at Navy Recruiting District Seattle from October 20XX to September 20XX. During this period, he served with distinction and consistently demonstrated exceptional leadership while producing results that outperformed his peers.

Superior Performer. Chief Petty Officer Howard led Navy Reserve Officer recruiting in FY-XX with 150% of General Officer mission attainment, 100% Dental Officer mission attainment, and 100% of Nurse Corps mission attainment. Prior to NCC Howard arriving at NRD Seattle, the Reserve Medical Program was struggling and failing to meet goals. He focused on this category and turned it around. Networking with the local Naval Hospital and civilian medical clinics, he developed a Center of Influence which provided a steady stream of enthusiastic referrals. This effort paid big dividends to NRD Seattle's Reserve Medical Program which now exceeds its goals. In addition, he achieved 150% of Medical Corps mission, a CNRC high visibility critical program area, 300% of Nurse Corps mission, and 100% of Medical Service Corps mission.

Role Model. His leadership, knowledge, and dedication to the professional development of junior Sailors led to all NCs becoming Officer Recruiter qualified in Division 4. NCC Howard continues to display his infectious leadership by training and mentoring a new Reserve Medical Recruiter under his charge. This recruiter, because of the knowledge and training provided to him by NCC Howard, is prepared to achieve and exceed the mission goals for FY-XX in all Reserve Medical Programs.

In addition to his other duties, NCC Howard accepted collateral duties as the Command Individual Augmentee Coordinator. Under his charge, NRD Seattle consistently met 100% of administrative program requirements for deployed personnel.

As a respected leader among his peers, he served as the Mess Secretary of the CPOA and was appointed as a Selectee Sponsor for the FY-XX induction season, during which he mentored the selectees.

Community Ambassador. Volunteered time and effort to the local community by serving as a Committee Member of Boy Scout Troop 1540, providing valuable leadership and vision with respect to training and mentoring of the Boy Scouts and ensuring that they achieved their qualifications through scheduled qualification milestones.

PROFESSIONAL ACHIEVEMENT WHILE SERVING AS A MARINE RECRUITER, RECRUIT SUB-STATION TOMS RIVER, RECRUITING STATION NEW JERSEY, 1ST MARINE CORPS DISTRICT, EASTERN RECRUITING REGION, MARINE CORPS RECRUITING COMMAND FROM 20 SEPTEMBER 2016 TO 30 DECEMBER 2016. DURING THIS PERIOD, SERGEANT HASTINGS PERFORMED HIS DUTIES IN A PROFESSIONAL AND HIGHLY PROFICIENT MANNER. HIS OUTSTANDING LEADERSHIP AND TOTAL COMMITMENT TO THE MISSION RESULTED IN HIM ACHIEVING 100 PERCENT OF HIS SHIPPING REQUIREMENTS, EARNING 4.75 NET NEW CONTRACTS PER MONTH. SERGEANT HASTINGS' COMMITMENT TO THE LOCAL COMMUNITY AND THE MISSION WERE EVIDENT WITH HIS ESTABLISHMENT OF A PHYSICAL FITNESS PROGRAM WHICH RESULTED IN A ZERO PERCENT DISCHARGE RATE DUE TO INJURY. ADDITIONALLY, HE HELPED LOCAL TOYS FOR TOTS COLLECT AND DISTRIBUTE OVER 3,000 TOYS TO NEEDY CHILDREN. SERGEANT HASTINGS' INITIATIVE, PERSEVERANCE, AND TOTAL DEDICATION TO DUTY, REFLECTED CREDIT UPON HIM AND WERE IN KEEPING WITH THE HIGHEST TRADITIONS OF THE MARINE CORPS AND THE UNITED STATES NAVAL SERVICE.

LEADING PETTY OFFICER AT NAVY RECRUITING DISTRICT (NRD) PORTLAND FROM OCTOBER 2014 TO OCTOBER 2017. PETTY OFFICER JOHNSON CONSISTENTLY PERFORMED HER DEMANDING DUTIES IN AN EXEMPLARY AND HIGHLY PROFESSIONAL MANNER. HER EXCEPTIONAL LEADERSHIP ABILITIES RESULTED IN HER STATION PRODUCING 130 PERCENT NEW CONTRACT OBJECTIVE, 150 PERCENT FEMALE MISSION, 100 PERCENT NAT MISSION, AND 100 PERCENT SHIPPING ACCESSION DURING HER TOUR AT NRD PORTLAND. HER CONTRIBUTIONS LED NAVY RECRUITING STATION CARSON CITY TO UNPRECEDENTED LEVELS OF SUCCESS, DIRECTLY RESULTING IN DIVISION FOUR BEING SELECTED AS FY16 DIVISION OF THE YEAR. COMMITMENT TO THE NAVY RECRUITING COMMAND'S MISSION LED TO THE ATTAINMENT OF THE HIGHEST QUALITY OF MEN AND WOMEN TO MEET THE NAVY'S FORCE READINESS REQUIREMENTS. PETTY OFFICER JOHNSON'S MANAGERIAL ABILITY, PERSONAL INITIATIVE AND UNSWERVING DEVOTION TO DUTY REFLECTED GREAT CREDIT UPON HERSELF AND WERE IN KEEPING WITH THE HIGHEST TRADITIONS OF THE UNITED STATES NAVAL SERVICE.

NAVY RECRUITING DISTRICT OHIO, SPECIAL WARFARE/SPECIAL OPERATIONS COORDINATOR FROM _______ TO _______. PETTY OFFICER GAUVEREAU TRAVELED OVER 55,000 MILES SPANNING THE STATES OF OHIO, KENTUCKY, AND WEST VIRGINIA, PROVIDING EXPERT GUIDANCE AND MENTORSHIP TO OVER 100 WARRIOR CHALLENGE CANDIDATES. BY CONDUCTING OVER 250 PHYSICAL SCREENING TESTS AND 150 SWIM CLINICS, HE PROVIDED CRITICAL GUIDANCE ON SWIMMING, PHYSICAL FITNESS, AND NUTRITION TO OVER 100 WARRIOR CHALLENGE RECRUITS. HIS DILIGENT EFFORTS RESULTED IN NRD OHIO WARRIOR CHALLENGE RECRUITS TO ACHIEVE A 94% PASS RATE AT RTC GREAT LAKES. PETTY OFFICER GAUVEREAU'S PROFESSIONALISM AND DEVOTION TO DUTY REFLECTED CREDIT UPON HIMSELF AND WERE IN KEEPING WITH THE HIGHEST TRADITIONS OF THE UNITED STATES NAVAL SERVICE.

PROFESSIONAL ACHIEVEMENT AS ENLISTED RECRUITER-IN-CHARGE AT NAVY RECRUITING DISTRICT HOUSTON FROM XXXXXX XXXX TO XXXXX XXXX. CHIEF PETTY OFFICER ROGERS CONSISTENTLY PERFORMED HIS DEMANDING DUTIES IN AN EXEMPLARY AND HIGHLY PROFESSIONAL MANNER. DEMONSTRATING EXCEPTIONAL PRIDE AND PROFESSIONALISM, HE ASSUMED A CHALLENGING ASSIGNMENT AS THE RECRUITER-IN-CHARGE OF NAVY RECRUITING STATION KATY AND LED THE STATION TO SUSTAINED SUCCESS. HIS TEAM RECRUITED OVER 100 APPLICANTS INTO ACTIVE AND RESERVE NAVY PROGRAMS WHILE MAINTAINING DELAYED ENTRY PROGRAM ATTRITION BELOW FIVE PERCENT. THROUGH HIS LEADERSHIP ABILITIES, HIS STATION CONSISTENTLY PRODUCED THE HIGHEST CALIBER FUTURE SAILORS, ATTAINING 200 PERCENT OF MISSION GOALS. A COMMITTED AND INSPIRING TEAM BUILDER, HE EXPERTLY DEVELOPED AND LED HIS STATION IN EARNING NRD HOUSTON'S LARGE STATION OF THE YEAR FOR FISCAL YEARS XXXX AND XXXX. BY HIS MANAGERIAL ABILITY, PERSONAL INITIATIVE, AND UNSWERVING DEVOTION TO DUTY, CHIEF PETTY OFFICER ROGERS REFLECTED GREAT CREDIT UPON HIMSELF AND WERE IN KEEPING WITH THE HIGHEST TRADITIONS OF THE UNITED STATES NAVAL SERVICE.

MERITORIOUS SERVICE WHILE SERVING AS DIVISIONAL LEADING CHIEF PETTY OFFICER FOR NAVY RECRUITING DISTRICT DENVER FROM MAY 2009 TO JUNE 2012. CHIEF CHATMAN CONSISTENTLY PERFORMED HIS DEMANDING DUTIES IN AN EXEMPLARY AND HIGHLY PROFESSIONAL MANNER. DEMONSTRATING EXTRAORDINARY MANAGEMENT AND LEADERSHIP SKILLS, HE SUCCESSFULLY LED HIS DIVISION TO BEING AWARDED DIVISION OF THE YEAR FY1O AND QUICKLY BECOMING ONE OF THE COMMAND'S BEST. HE ACHIEVED 147% ACTIVE MISSION, 103% RESERVE MISSION, 102% SHIPPING ACCESSION, 254% DIVERSITY AND 500% NSO/NSW MISSION. WITH HIS SUPERB MANAGERIAL ABILITIES AND KEEN FORESIGHT HE EFFECTIVELY MANAGED A DELAYED ENTRY PROGRAM WHICH RESULTED IN AN UNPRECEDENTED 1% IN-MONTH ATTRITION RATE OVER A 3 YEAR PERIOD. BY HIS NOTEWORTHY ACCOMPLISHMENTS, PERSERVERANCE AND DEVOTION TO DUTY CHIEF CHATMAN REFLECTED GREAT CREDIT UPON HIMSELF AND UPHELD THE HIGHEST TRADITIONS OF THE UNITED STATES NAVAL SERVICE.

PROFESSIONAL ACHIEVEMENT IN THE SUPERIOR PERFORMANCE OF HIS DUTIES WHILE SERVING AS A RECRUITER AT NAVAL RECRUITING DISTRICT CHICAGO PULASKI STATION FROM XXXXXXX XXXX TO XXXXXX XXXX. DURING THIS PERIOD, PETTY OFFICER TAYLOR CONSISTENTLY PERFORMED HIS DEMANDING RECRUITING DUTIES IN AN EXEMPLARY AND HIGHLY PROFESSIONAL MANNER. DISPLAYING EXCEPTIONAL SKILL, RESOURCEFULNESS AND DEDICATION HE PERSONALLY RECRUITED 69 HIGHLY QUALIFIED MEN AND WOMEN INCLUDING 2 NAVY SEALS, 1 DIVER AND 22 TEST CATEGORY UPPER MENTAL GROUP APPLICANTS INTO THE UNITED STATES NAVY WHICH DIRECTLY ENABLED HIS STATION TO ATTAIN OVER 100% OF THEIR ASSIGNED STATION GOAL AND THE COMMAND TO MEET ITS MISSION. ADDITIONALLY PETTY OFFICER TAYLOR DEDICATED OVER 40 HOURS OF VOLUNTEER SERVICE TO HIS LOCAL COMMUNITY RESULTING IN THE COLLECTION OF OVER 400 POUNDS OF FOOD AND CLOTHES FOR THE LESS FORTUNATE. PETTY OFFICER TAYLOR'S PROFESSIONALISM AND DEVOTION TO DUTY REFLECTED CREDIT UPON HIMSELF AND WERE IN KEEPING WITH THE HIGHEST TRADITIONS OF THE UNITED STATES NAVAL SERVICE.

A NAVY RECRUITER FOR ENLISTED AND OFFICER PROGRAMS FOR NAVY RECRUITING DISTRICT MIAMI FROM APRIL XXXX TO APRIL XXXX. HIS EXCEPTIONAL DRIVE AND DEDICATION TO THE COMMAND'S MISSION RESULTED IN MORE THAN 23 OFFICER AND 55 ENLISTED RESERVE ACCESSIONS LEADING TO 120% GOAL ATTAINMENT FOR THE COMMAND. A DYNAMIC MENTOR, HE SUCCESSFULLY CREATED A RESERVE MANUAL THAT HAS BEEN INSTRUMENTAL IN TRAINING NOVICE RESERVE RECRUITERS. HIS DETAILED KNOWLEDGE AND EXPERTISE HAS ENSURED THE PROFESSIONAL DEVELOPMENT AND PEAK PERFORMANCE OF HIS TEAM. HIS TIRELESS PERSERVERANCE EARNED HIM SELECTION AS RESERVE RECRUITER OF THE YEAR FOR XXXX, FOUR RECRUITER OF THE QUARTER RECOMMENDATIONS, 13 RECRUITING GOLD WREATHS AND SIX FLAG LETTERS OF COMMENDATION. PETTY OFFICER GONZALEZ' DEDICATED EFFORTS AND DEVOTION TO DUTY REFLECTED CREDIT UPON HIMSELF AND WERE IN KEEPING WITH THE HIGHEST TRADITIONS OF THE UNITED STATES NAVAL SERVICE.

AS AN ENLISTED RECRUITER AT NAVY RECRUITING DISTRICT, RICHMOND, FROM MARCH XXXX TO MARCH XXXX, PETTY OFFICER VASQUEZ ATTAINED OUSTANDING RECRUITING RESULTS DISTINGUISHED BY EXEMPLARY AND HIGHLY PROFESSIONAL RECRUITING PRACTICES. DEMONSTRATING SUPERB SALEMANSHIP AND EXPERT RECRUITING TECHNIQUES, HE GREATLY CONTRIBUTED TO A TEAM EFFORT IN SETTING A PHENOMENAL RECRUITING PRODUCTION PACE RESULTING IN EITHER MEETING OR EXCEEDING NUMEROUS COMMAND GOALS. PETTY OFFICER VASQUEZ' NOTEWORTHY ACCOMPLISHMENTS, PERSEVERANCE, AND DEVOTION TO DUTY REFLECTED CREDIT UPON HIMSELF AND WERE IN KEEPING WITH THE HIGHEST TRADITIONS OF THE UNITED STATES NAVAL SERVICE.

MERITORIOUS SERVICE WHILE SERVING AS RECRUITER-IN-CHARGE AT NAVY RECRUITING DISTRICT DENVER FROM MAY XXXX TO MAY XXXX. PETTY OFFICER JONES CONSISTENTLY PERFORMED HER DEMANDING DUTIES IN AN EXEMPLARY AND HIGHLY PROFESSIONAL MANNER. DEMONSTRATING EXCEPTIONAL RECRUITING SKILLS AND INITIATIVE, SHE EXHIBITED DYNAMIC LEADERSHIP AND MANAGERIAL SKILLS THROUGH THE IMPLEMENTATION OF A HIGHLY EFFICIENT AND EFFECTIVE TRAINING PROGRAM. SHE LED NINE PETTY OFFICERS AND TWO STATIONS IN REDUCING OVERALL ATTRITION BY 40%, ELIMINATING IN-MONTH ATTRITION AND ATTAINING 110% SHIPPING GOALS AND PREPARING OVER 150 FUTURE SAILORS FOR SUCCESSFUL COMPLETION OF RECRUIT TRAINING AND CAREERS IN THE NAVY. BY HER NOTEWORTHY ACCOMPLISHMENTS, PERSEVERANCE, AND DEVOTION TO DUTY, PETTY OFFICER JONES REFLECTED GREAT CREDIT UPON HERSELF AND UPHELD THE HIGHEST TRADITIONS OF THE UNITED STATES NAVAL SERVICE.

MERITORIOUS SERVICE WHILE SERVING AS ASSISTANT ENLISTED PROGRAMS OFFICER AND MILITARY ENTRANCE PROCESSING STATION (MEPS) LIAISON OFFICER OF NAVY RECRUITING DISTRICT JACKSONVILLE FROM SEPTEMBER 2014 TO OCTOBER 2015. EXHIBITING INNOVATIVE AND RESOURCEFUL LEADERSHIP, LIEUTENANT BARROGA FLAWLESSLY LED OVER 100 GEOGRAPHICALLY DISPERSED ACTIVE AND RESERVE PERSONNEL TO EXCEED NEW CONTRACT OBJECTIVE GOALS EACH YEAR. AS THE MEPS LIAISON OFFICER, SHE WAS RESPONSIBLE FOR THE OVERSIGHT OF MEPS JACKSONVILLE LIAISON OFFICE AND WAS INSTRUMENTAL IN IMPROVING OVERALL PRODUCTION QUALITY AT MEPS JACKSONVILLE BY TWO SIGMA. BY HER NOTEWORTHY ACCOMPLISHMENTS, PERSEVERANCE, AND LOYAL DEVOTION TO DUTY, LIEUTENANT BARROGA REFLECTED GREAT CREDIT UPON HERSELF AND UPHELD THE HIGHEST TRADITIONS OF THE UNITED STATES NAVAL SERVICE.

PROFESSIONAL ACHIEVEMENT IN THE SUPERIOR PERFORMANCE OF HIS DUTIES WHILE SERVING AS ENLISTED PRODUCTION RECRUITER IN THE ST PETERSBURG OFFICE AND AS LEADING PETTY OFFICER IN THE DOWNTOWN TAMPA RECRUITING OFFICE, FROM APRIL 2012 TO AUGUST 2015. PETTY OFFICER JULIE CASTOR'S INSPIRATIONAL LEADERSHIP AND TECHNICAL EXPERTISE GUIDED HER OFFICE TO EXCEED ALL PRODUCTION GOALS FOR FY-12, FY-13, AND FY-14. HER COMMITMENT TO RECRUITING HIGH QUALITY APPLICANTS TO MEET THE NEEDS OF THE NAVY CULMINATED IN THE SAFE TEST AND REPAIR OF OVER 5000 WRA'S. HER TIRELESS EFFORTS WERE DEMONSTRATED DURING TWO CONSECUTIVE WESTPAC DEPLOYMENTS TO THE ARABIAN SEA BEFORE AND AFTER THE EVENTS OF SEPTEMBER 11, 2001. PETTY OFFICER CASTOR'S PERSONAL INITIATIVE AND UNSWERVING DEVOTION TO DUTY REFLECTED GREAT CREDIT UPON HERSELF AND WERE IN KEEPING WITH THE HIGHEST TRADITIONS OF THE UNITED STATES NAVAL SERVICE. 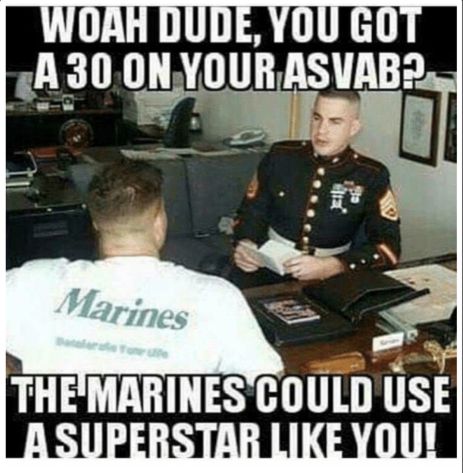